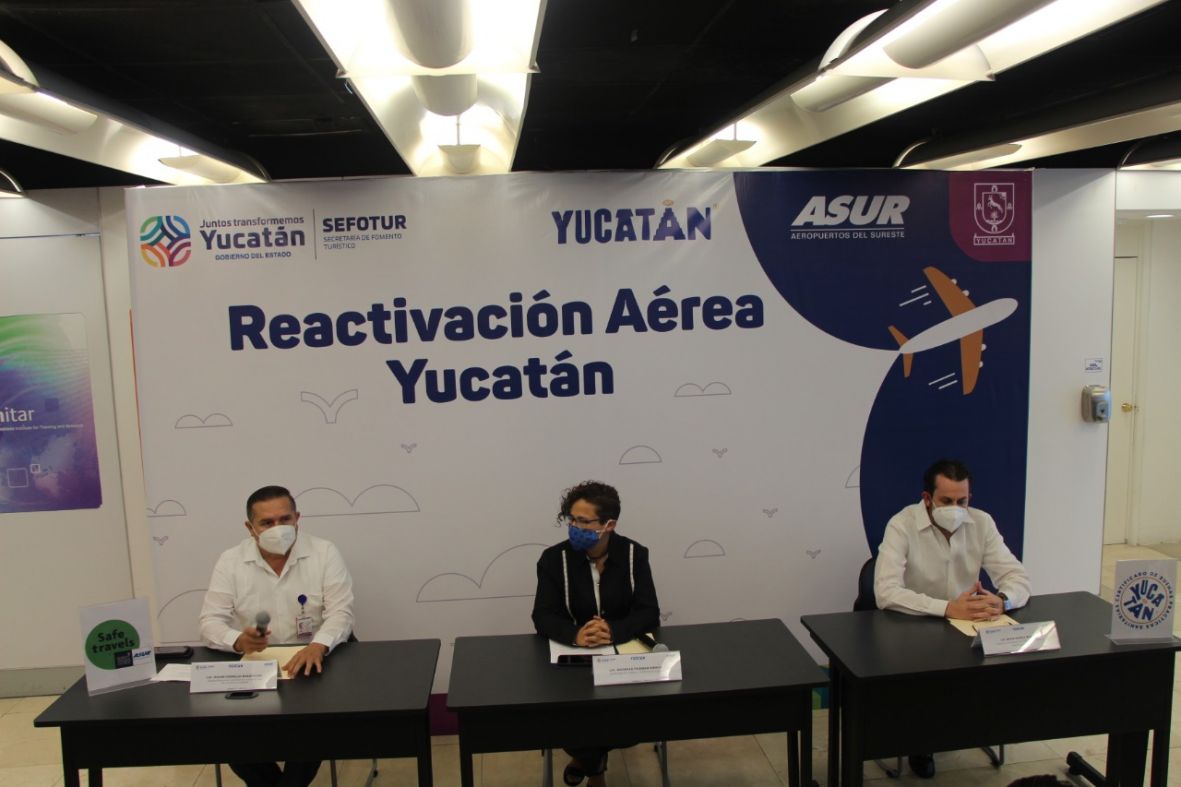 As part of the Yucatán Tourism Reactivation Program, United Airlines will offer four weekly flights
MERIDA, Mexico - eTravelWire -- United Airlines will resume its Houston (HOU)-Mérida (MID) route as of Dec. 1, with four weekly flights and a possible increase to daily flights on Dec. 17 for the holiday season. This means about 166 available seats, with a possible 2,490 by the end of 2020. Currently, the route is confirmed until the first quarter of 2021, subject to changes that may arise derived from the Covid-19 contingency.

The new route was announced this afternoon the state of Yucatán's Minister of Tourism, Michelle Fridman Hirsch, at a press conference where she was joined by Óscar Carrillo Maldonado, administrator of Mérida's Manuel Crescencio Rejón International Airport.

This is the second route connecting the U.S. with the Mexican destination. American Airlines reactivated its Miami- Mérida route on Oct. 8, increasing frequencies to daily flights as of Nov. 4.

More on eTravel Wire
The state of Yucatán started the gradual recovery of its air frequencies beginning June 11 as part of the economic reactivation of the state, implemented by Governor Mauricio Vila Dosal. Among national routes with increased frequencies are flights by various carriers between Mérida and Mexico City, Guadalajara, Veracruz, Tijuana, Tuxtla, Monterrey and Cancun.

The state's Ministry of Tourism has been working on the reactivation of flights to Mérida's international airport, reporting a considerable increase in the number of frequencies each month since June. This has resulted in nine national and two international routes, representing 18,089 seats available on 121 flights, which is equivalent to 54.1% recovery of the weekly seat offer to the state of Yucatán, compared to the data recorded up to February of this year, prior to Covid-19.

From March 24 to Oct. 27 of this year, arriving flights at Mérida's international airport registered an average occupancy of 45.9%, which means a recovery of 33.4 percentage points in this indicator, registered during the last seven months of the year.

More on eTravel Wire
"The resumption of the Merida - Houston flight starting on December 1st, with 166 seats per flight is extraordinary news. With this, Yucatan recovers 50% of its international air connectivity. These flights connect the state of Yucatan to the United States and the world through Miami and Houston as these cities are major hubs" said Michelle Fridman, Minister of Tourism for the state of Yucatan. "We will continue working from our side and with support of the private initiative to achieve a recovery as quickly as possible but above all, as safe as possible."