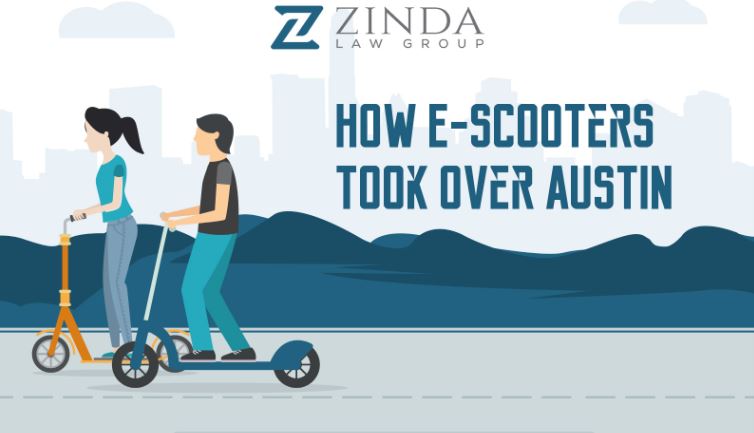 AUSTIN, Texas - eTravelWire -- As reports of e-scooter injuries increase, we took a look at the issue of safety and how these scooter accidents happen as e-scooters take over Austin.

According to the City of Austin Dockless Vehicle Data, there are in excess of 15,000 dockless scooter devices in operation in the city. Looking back into early 2018, we can see that there has been an increase in devices of 1143% in just one year! April 2018 to April 2019 has seen:

IS THE SCOOT WORTH THE RISK?

With these increases, also came a concern for the health and wellbeing of the scooter riders. Within the past 12 months, reports of scooter-related injuries have been on the rise – so much so that is the Centres for Disease Control and Prevention (CDC) was asked to conduct an investigation to shed some light on the dangers of e-scooters and the risk to those who ride them.

Some of the common scooter defects reported by electric scooter users can cause serious injury to the riders and have done in the past. These include:

In February 2019, Lime issued a safety update to the public stating that they had recently detected a bug in their software, which could cause 'sudden excessive braking' during use.

Just last month, Zinda Law Group filed a lawsuit against Lime on behalf of our client. Our client was riding a scooter near the Capitol Building when her scooter malfunctioned causing her to fall off the scooter and injure herself on a nearby railing, causing multiple facial fractures, a damaged tear duct, two broken ribs and severe damage to her nose.

"The biggest thing that Dorothy (our client) wants to do is make sure this doesn't happen to anybody in the future and that Lime is held accountable for what occurred."

Meetings with attorneys by appointment only.