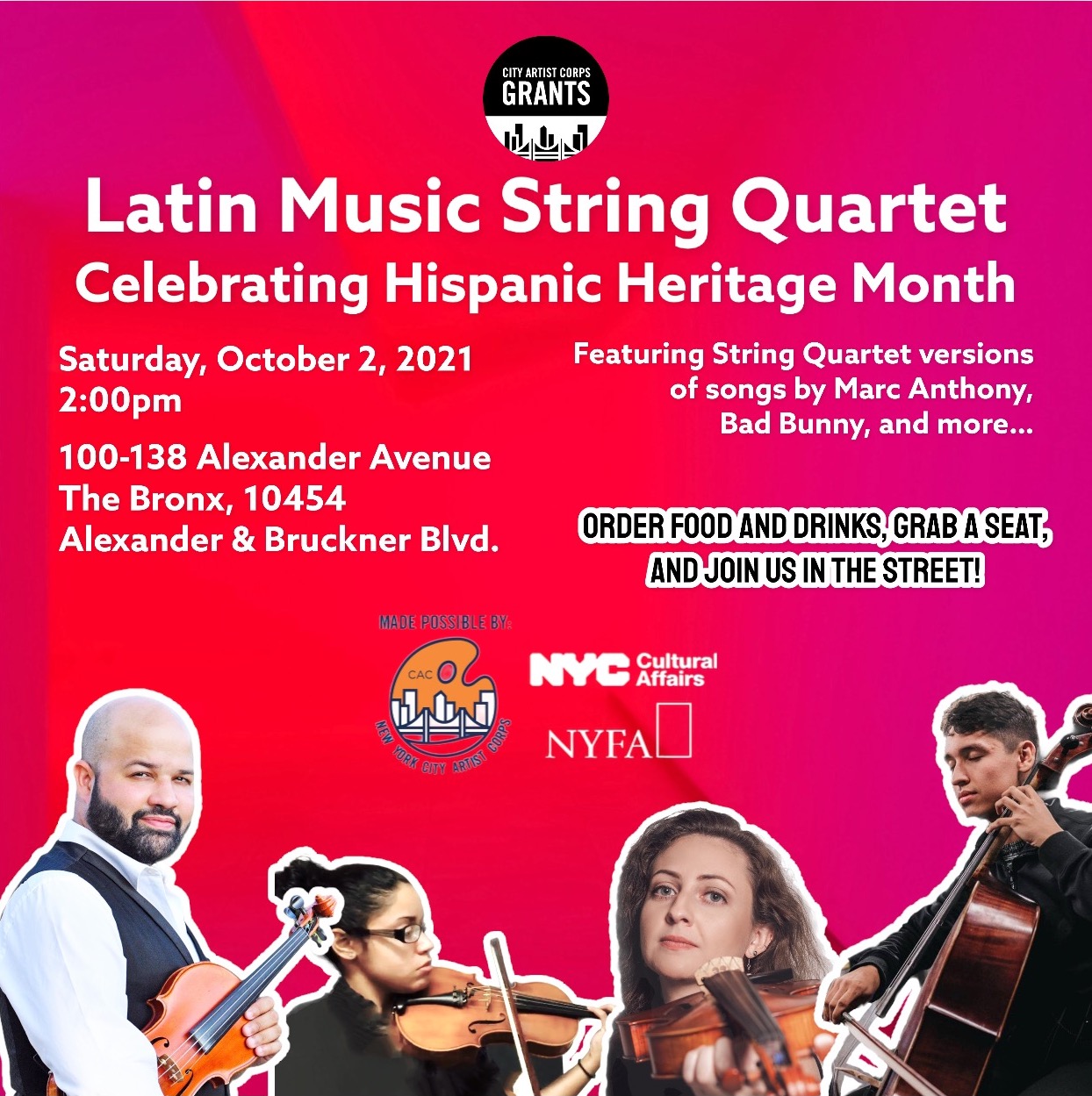 James Teal was recognized for his passionate renditions of Top 40 and Latino music performed on his electric violin, and he plans to bring the same passion from his solo performances to his String Quartet performance on Alexander Avenue at Bruckner Blvd. in the South Bronx neighborhood of New York on October 2nd, 2021, from 2-4pm.

More on eTravel Wire
The pieces to be performed are new String Quartet arrangements of popular Puerto Rican songs by artists such as Marc Anthony, Rafael Hernández Marín, Noel Estrada, and Bad Bunny. These brand new commissioned pieces will be performed by James' newly formed Latin Music String Quartet comprised of James Teal on violin, Jocelyn Rosado on 2nd violin, Brianne Lugo on viola, and David Hincapie on cello. The pieces are arranged for the String Quartet by Raymond Florentino, a Dominican-American composer and cellist who grew up in the Bronx; and James Acampora, an Italian-American composer and cellist, from Long Island, NY.

Over the course of three award cycles, more than 3,000 artists will receive $5,000 grants to engage the public with artist activities across New York City's five boroughs this summer and fall. Artists can use the grant to create new work or phase of a work, or re-stage preexisting creative activities across any discipline.

Members of the public can participate in City Artist Corps Grants programming by following the hashtag #CityArtistCorps on social media.

City Artist Corps Grants was launched in June 2021 by NYFA and DCLA with support from the Mayor's Office of Media and Entertainment (MOME) as well as Queens Theatre. The program is funded by the $25 million New York City Artist Corps recovery initiative announced by Mayor de Blasio and DCLA earlier this year. The grants are intended to support NYC-based working artists who have been disproportionately impacted by COVID-19. It is strongly recommended that a portion of the grant be used to support artist fees, both for the applying artist and any other artist that are engaged to support the project.