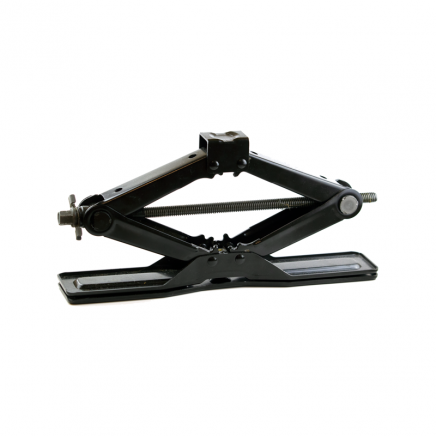 The original scissor jack design, the one currently in most vehicles, was granted 100 years ago, and since then, the design has not evolved in any significant way. That's going to change with CrossJack. We're revolutionizing the scissor jack.

"We couldn't be happier or more excited to finally launch our CrossJack Kickstarter," says Dr. J. Alford "Ford" Flippin, Founder, and CEO of CrossJack. "Our initial feedback on CrossJack has been extremely positive, and this campaign allows us to give early access to production models of this revolutionary product."

When Dr. Flippin was a third-year medical student, a patient was brought into the trauma bay that would change his life. The EMTs that transported the injured patient to the hospital, informed Dr. Flippin that the patient was working on a car with his brother, his brother accidentally hit the car while getting a tool. This knocked the car off the jack, and the car's rotor landed on the chest of the brother, trapped under the vehicle. His heart was cut in half, and he died almost instantly.

More on eTravel Wire
Dr. Flippin recalled an incident two weeks prior when he had knocked his own car off a jack while changing a flat tire. It was right there, in the middle of an on-call shift, that he sat down, and drew a better jack, which became CrossJack.

His revolutionary idea sat there, existing only on paper for almost four years. Between applying to residency programs, being an intern, and learning the art of trauma surgery, CrossJack sat idle. But, then during his surgery residency, Dr. Flippin saw three more patients injured by failing car jacks. This was a problem that urgently needed a solution, and he already had it. After doing extensive research with the Consumer Product Safety Commission, he realized that the problem was bigger than he could have imagined.  Approximately 10,000 people go to the ER every year in the United States for an injury caused by a faulty car jack. The lifetime cost for these injuries ranges from $85,000 to over $3 million.  Please go here to see additional statistics.

"We at CrossJack want to see our product in every car on the road," says Dr. Flippin, now a board-certified surgeon about to complete his trauma surgery fellowship. "Safety is our top concern and is quite literally the foundation of CrossJack. Every car needs a CrossJack, whether you're a new driver, a car enthusiast, or a soccer mom taking her kids to practice, if your car breaks down or you need to do a quick tire change, CrossJack is the safest solution to have in the trunk of your car."

More on eTravel Wire
The pre-order campaign for CrossJack will run on Kickstarter through March 31, 2020.

Please go here to go to our Kickstarter campaign.

CrossJack, Inc. is a Florida-based company founded in 2018 by Dr. J. Alford "Ford" Flippin. With over 50 years of experience in product development, engineering, and manufacturing, the CrossJack team is dedicated to making automotive products that are accessible to everyone, easy to use, and safer than anything else on the market. At CrossJack, we're raising safety to new heights.