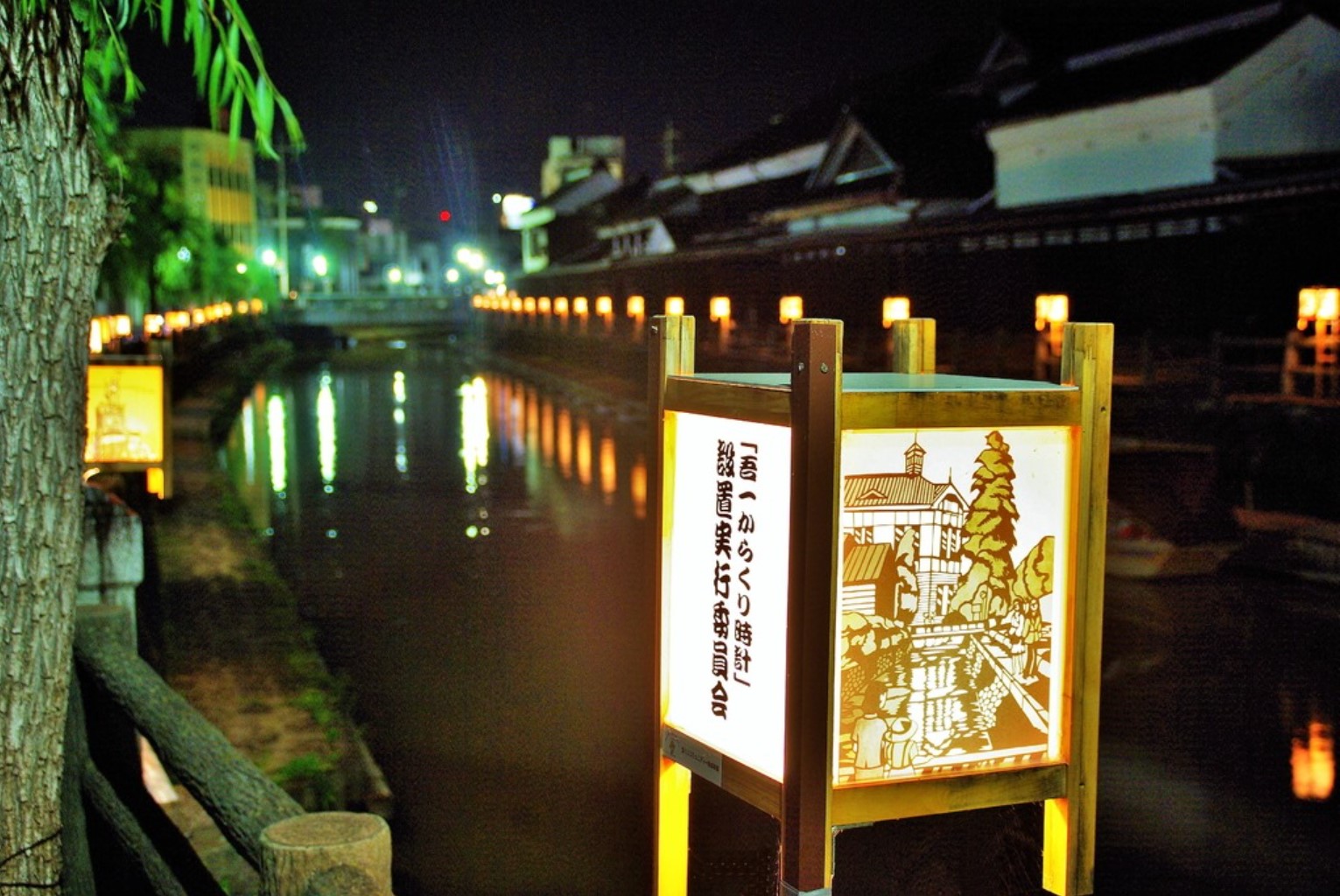 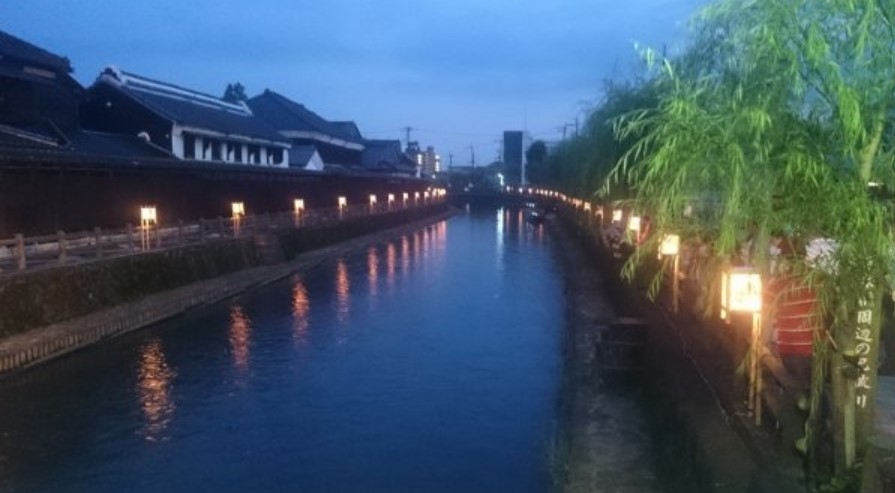 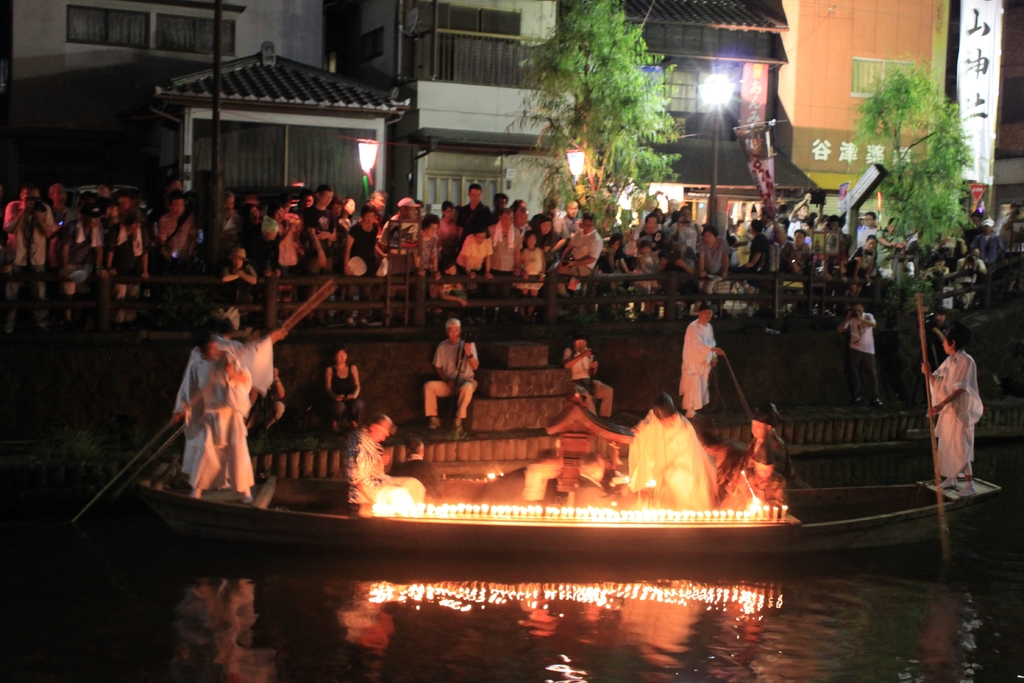 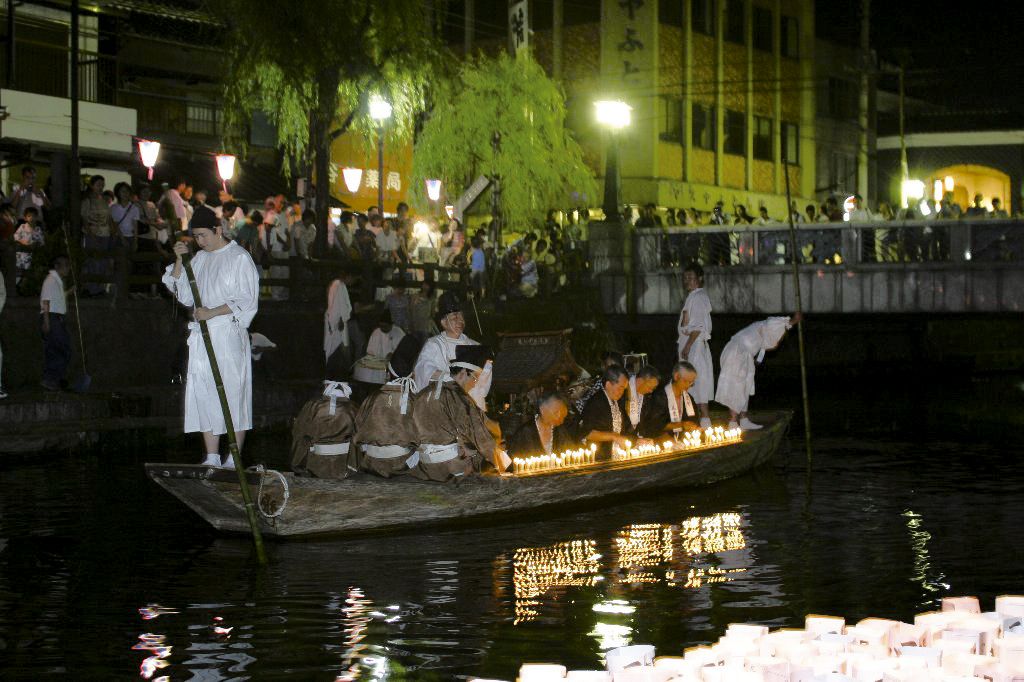 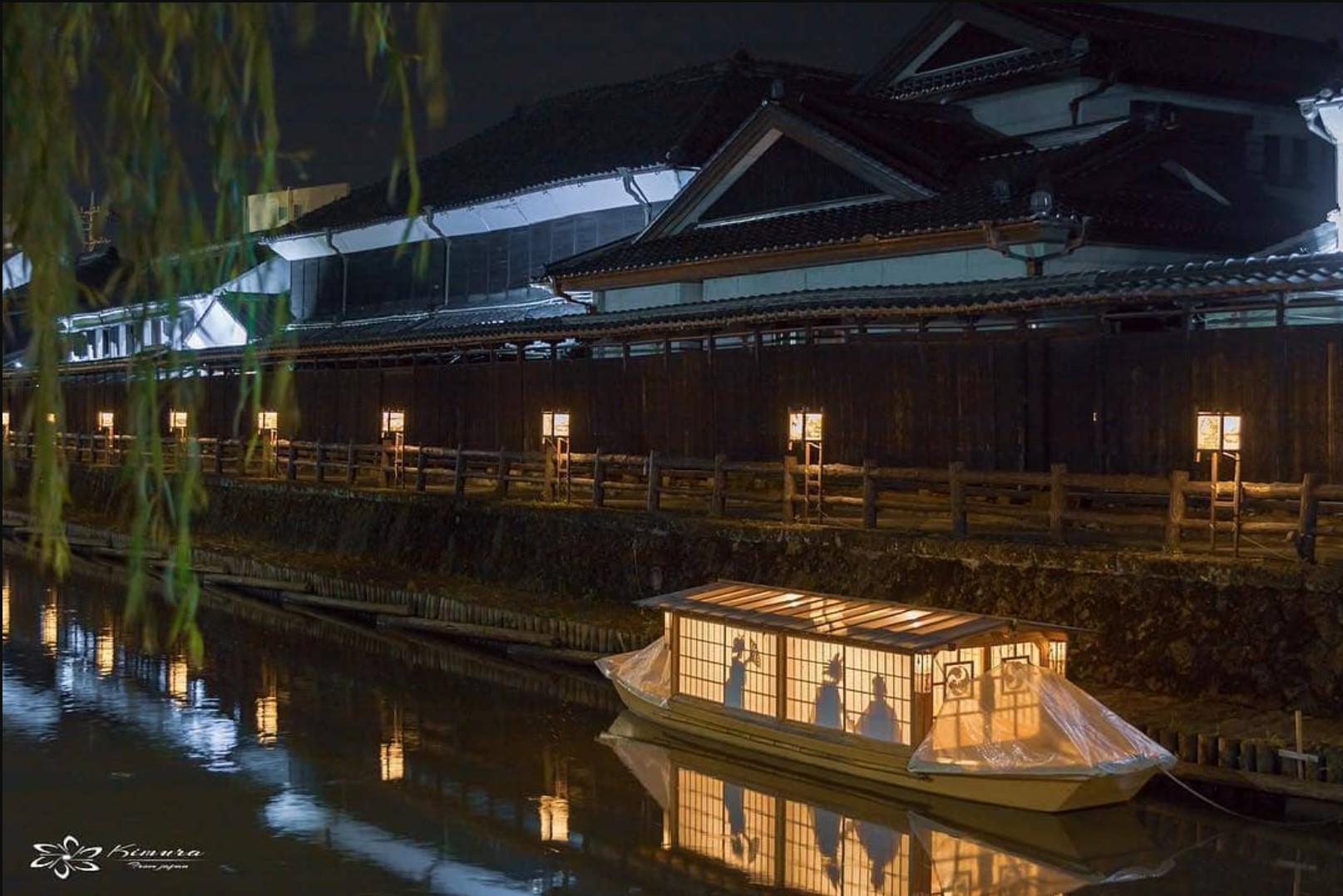 Along the Uzuma River in Tochigi City, Japan; 70 Minutes North of Tokyo Along the Tobu Railway Line (July 1-September 30, 2021)
TOKYO, Japan & TOCHIGI CITY, Japan - eTravelWire -- During Japan's hot and sultry summer, everyone tries to cool off by the water. In historic Tochigi City, affectionately called Koedo or "Little Old Tokyo," just 70 minutes north of Tokyo's Asakusa Station (in the old-world "Downtown" Shitamachi area), on Tobu Railway's Tobu Nikko Line, the summer Lantern Festival is being celebrated along the Uzuma River.

The 2021 annual Uzuma River Andon (Lantern) Festival is being held this year July 1 - September 30. Festival goers enjoy 135 historic Edo-style paper lanterns displayed along the Uzuma River, from the Kaiun to Korai bridges and around Uzuma Park. Each unique lantern is intricately and handsomely decorated with paper-cut designs of floats and traditional warehouses. Lighting time is 7:00 pm to 10:00 pm daily, adding an exotic and nostalgic atmosphere to the town post-sunset. This video shows the opening ceremony of the 2021 event (only in Japanese).

More on eTravel Wire
In most years, on the first Sunday of August, the Andon Festival is made extra special with the addition of the Hyaku Hatto Nagashi Matsuri or "the 108 (a sacred number in Buddhism) Floating Lanterns Festival." Unfortunately, this additional event was cancelled in 2020 and now again in 2021 due to the pandemic. However, those visiting Japan in future summers, should look forward with anticipation. A hallowed boat carries 108 candles downs the Uzuma River, with Gagaku-style music (Japanese Imperial Court music), performed by a historic Japanese orchestra. This Buddhist event is said to have begun at the beginning of the Meiji era to pray for the safety of boat transportation on the Uzuma River and to flush away 108 earthly desires. This video shows the 2019 event (only in Japanese).

Tochigi City was one of the most prominent commercial centers during the Edo period (1603-1868), prospering in maritime trade with Edo (former name of Tokyo) via the Uzuma River. Today, it is often called Koedo, because of its well-preserved kura (storehouses), machiya (merchant-style wooden buildings), old Japanese townscape, and "back-in-time" maritime transport. It's worth a visit as a place to immerse and unwind amid the ambience of simpler, bye-gone days. Especially, the well-maintained Uzuma River, with its clean, high-quality water, replete with 100,000 swimming carp, refreshes everyone in summer, particularly with the festival lanterns' glow, best experienced on an old-time gondola boat tour.

About Tobu Railways
TOBU Railway Co., Ltd. is a major Japanese corporation consisting of approximately 90 companies. The Tobu Railway covers the longest operating distance in Metropolitan Tokyo, leading to numerous tourist attractions including: Asakusa and TOKYO SKYTREE TOWN in Tokyo; Nikko and Kinugawa-Onsen, famous for its world heritage sites and hot springs; the Tatebayashi and Ashikaga areas, known for their blooming flower fields; and Kawagoe and Tochigi City, where the atmosphere of the old Edo era lives on. Tobu is also invested in a portfolio of hotels, including the newly opened The Ritz-Carlton, Nikko and FUFU Nikko Onsen Resort.