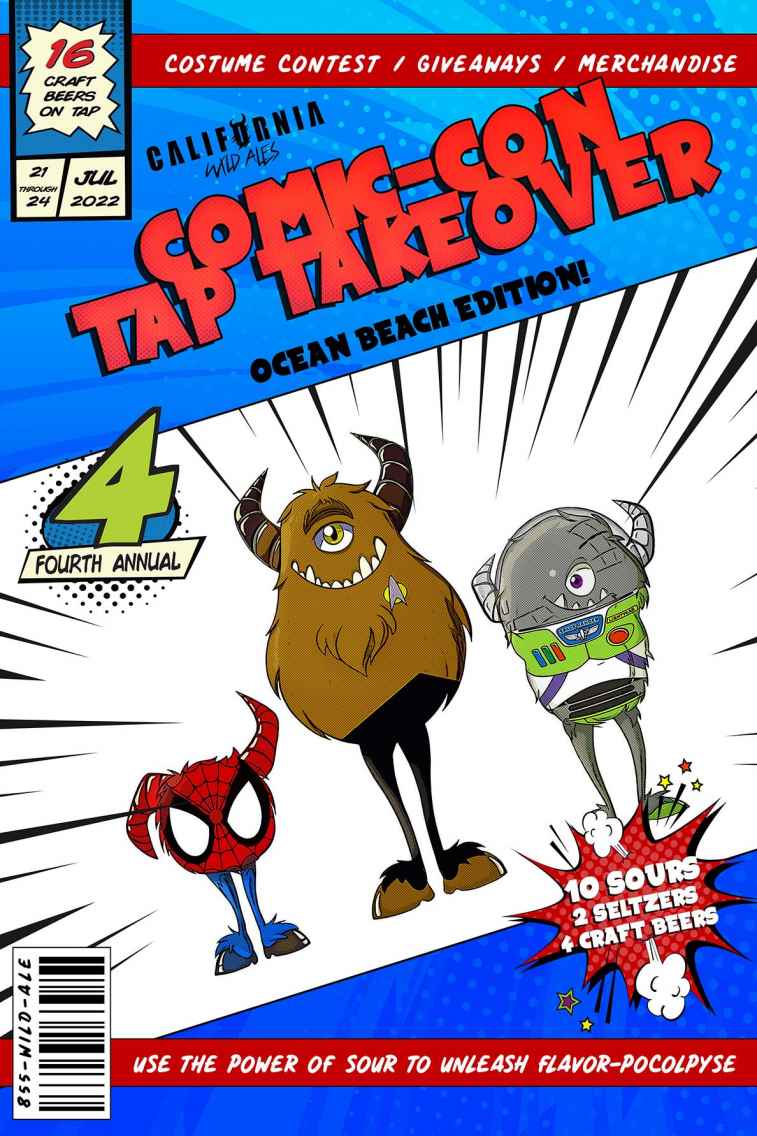 – New beer releases include two dark sours: a cold brew sour and a chai sour made in collaboration with Tapshack Craft Liquid

– Costume contest is open to all customers, no purchase is necessary

"We look forward to this weekend every summer," said Zack Brager, co-founder of California Wild Ales. "It's a fun way to release some small-batch and unique beers. This year we are excited to feature two of our dark sour ales made in collaboration with another local Ocean Beach business, Tapshack Craft Liquid. The first is Buzzed Lightyear, a cold brew beer and Shang Chai made with our homemade chai tea blend."

This year, California Wild Ales will continue its tradition of holding its annual Comic-Con costume contest. Customers are invited to come by the brewery or tag themselves on social media in their costumes to win Comic-Con swag. No purchase is necessary. There will be an on-site costume contest as well as an online contest. All photos will be posted to social media, and the winner with the most "likes" wins. To enter the online contest, tag your photo @californiawildales on Instagram or Facebook, or email photos to: info@californiawildales.com.

More on eTravel Wire
"Our favorite part of Comic-Con is people's creativity and all the hard work they put into their costumes. We are huge fans of all things pop culture, making Comic-Con weekend one of our most anticipated summer weekends," said Bill DeWitt, co-founder of California Wild Ales. "We hope these fun, funky flavors inspire craft beer lovers to don their cape and always believe in their inner superhero."

As part of the event, the brewery is releasing 18 sour beers, including a few flavors from their recent May 4 Be With You - Star Wars Day event. In addition, the brewery is releasing House of Dragon Fruit made with dragon fruit, blueberry, blackberry, raspberry, Clockwork Blood Orange made with blood orange, honey, and basil, and Planet of the Grapes, made with honey and Cabernet grapes. For a complete lineup of our 2022 Comic-Con beers, visit their website at www.californiawildales.com.

All beers pre-ordered online are available for on-site pick up at the California Wild Ales brewery and tasting room at 4202 Sorrento Valley Blvd. Bottles will be available for pickup beginning Thursday, July 21 at 2pm.

* new brew for this year's event

For additional information or imagery visit: